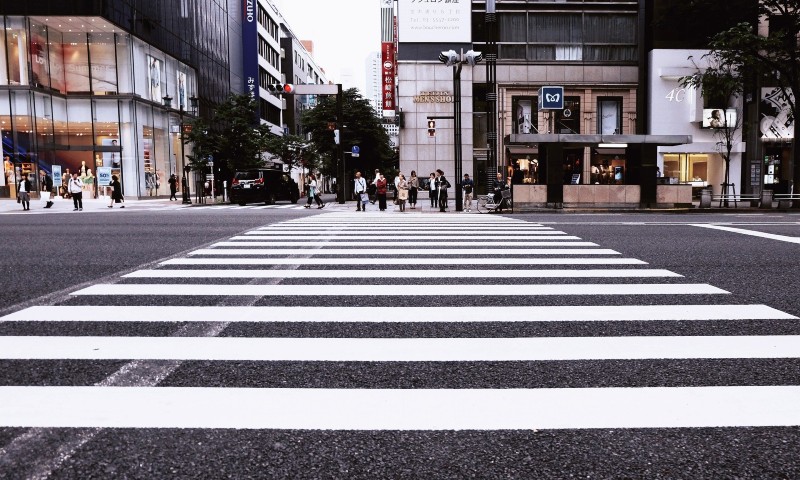 You are likely aware written rules exist to govern what a driver, bicyclists and pedestrians should do. There are also unwritten rules to govern what these parties will likely do. Unwritten rules are created not through government law or decree, but through the consensus of parties’ actions, reinforced over time, and passed generation-to-generation as heirloom explicatives. They differ from city to city though not all cities have them.

For example, an unwritten Boston bicycling rule is that at a red light with no crossing traffic, a bicyclist is free to cross an intersection. Further, given sufficient distance between cars passing in the green-light direction, a bicyclist may also cross an intersection from the red light direction. This confuses out-of-town drivers, but to a local driver the rules are clear.

Such unwritten rules as exist Boston and New York are largely unwritten in Atlanta, which is to say, pedestrians, drivers and others who ‘share the road’ don’t actually share the road. They’d like it all to themselves. Written rules are disregarded as faulty, and unwritten have not yet been sufficiently explicated. The pedestrian, you see, was heretofore a rare sight in Atlanta.

Nothing illuminates this more clearly than an incident which occurred to me earlier today. As I availed myself of a pedestrian-painted walk to cross between the Piedmont park and its residential side along bordering 10th street, a car streaked past. It narrowly missed me but slowed down considerably, with a double-brake jolt. Through the open windows, I heard the cry: “Look, John! A biped!” The pedestrian is a rare sight indeed.

The heretofore rarity of the pedestrian accounts for two-thirds of the incidence of pedestrian dysperspicacis, an inability, by drivers, to see pedestrians. Unlike influenza or mumps, it is a learned disease. The mechanism is simple. Repeated non-exposure to pedestrians is thought to cause the eye, and brain, to underdevelop the bottom-up ability to identify a pedestrian. Furthermore, those drivers who have not themselves been pedestrians may also display a different set of moral senses related to pedestrianism (Houzer, T., 2017).

Of course, one mustn’t forget the pedestrian in these matters. In his research Fox found pedestrians may also display symptoms similar to that of drivers. Therefore, we recommend pedestrians follow several unwritten rules as follows:

Fox et al. (2012) stipulates these to be the most critical ‘unwritten rules of the road’ drivers and pedestrians ought take into account to assure minimal effect of pedestrian dysperspicacis. Tease them left or right how you will, but we would all be better with such non-legalities in place. At last, we might reduce the ranks of the non-seeing to attain those civilized urbanities such as we Atlantans aspire to achieve.

A Word on Reimagining