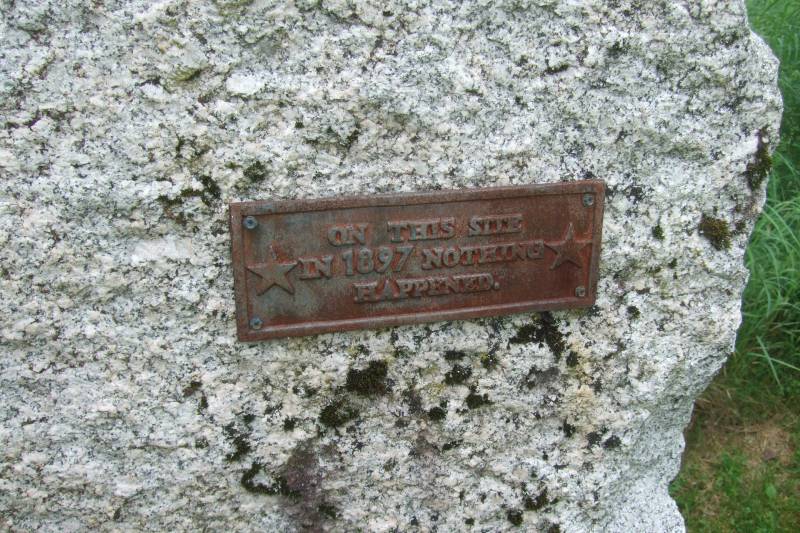 This year, we biked Vermont’s northern half. Ramon’s route started near Rutland, followed the valley northward through to St. Albans, hopped and skipped over a magnificent lake, and then skirted the Canadian border until dropping straight south to the Rutland area. Total mileage was around 350.

And… yes. That rock/road sign is really there along the roadside.

Several people had contacted me for a packing list and, after completing an earlier bike tour, I can say – remove every extra ounce! One can always purchase goods en-route (with some exceptions). Bill Stone’s packing mantra, to pack as little as possible and then figure out what’s essential along the way, is absolutely a good approach.

I ride a Surly Long Haul Trucker with rear panniers only. This packing list doesn’t require fronts, but I can imagine front panniers would help distribute the weight (particularly on long, curvy downhills).