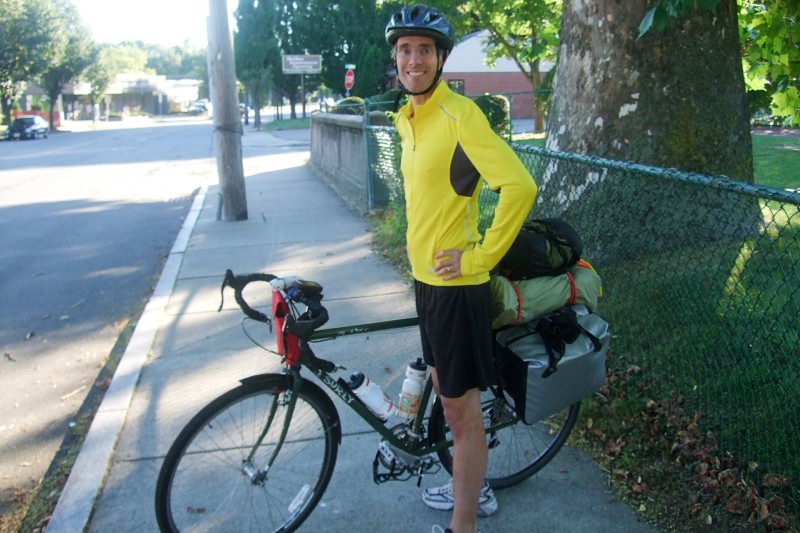 This is a brief post to summarize the details of an August 2012 ride from Boston to New York. For the sake of convenience, we rode to the New York border, rather than into the city. Our finishing ride along US-1 could easily be extended to ride into downtown New York City.

Our ride map – the true route – can be found on MapMyRide. We exported this ride data into a Garmin GPS route. To squeeze the 32,000+ native track-points into a GPS that allows for only 10,000 at time, I utilized GPSies.com‘s track filtering functionality. It worked like a charm. However, the openstreetmap data used as the basemap for our GPS left much to be desired. Most significantly, instead of route numbers (e.g., Route 66, Route 16), it utilized road names (“Main Street’). Garmin’s map tools, while more expensive (e.g., not free), may be the better choice.

Due to a route change, we did not actually camp at the second site,  Kettletown State Park. Should you take a northerly direction, this should prove to be convenient. Camping reservations can be made online, through ReserveAmerica.

Our route change led us through New Haven, and eventually to US Route 1. At the advice of several locals, we avoided heavy, multi-multi-lane portions of US1 between New Haven and Stratford/Bridgeport by using the parallel RT 162. Note that some of the Route 1 portions (those we avoided) are more like four-lane highways. The 162 route-around is really, really helpful and is generally a great ride. Traffic was busiest in the Norwalk – Stamford corridor on Route 1. Plan accordingly – avoid riding that area at rush hour.

In its entirety, our ride topped 200 miles, which we covered in about three and a quarter days.

Please ping if you have any questions – and enjoy the ride!